LiFePO4 batteries are taking “charge” of the battery world. But what exactly does “LiFePO4” mean? What makes these batteries better than other types?

Read on for the answer to these questions and more. What are LiFePO4 Batteries?

LiFePO4 batteries are a type of lithium battery built from lithium iron phosphate. Other batteries in the lithium category include:

Of course, every now and then a student adores experiments and ends up becoming a chemist. And it was chemists who discovered the best lithium combinations for batteries. Long story short, that’s how the LiFePO4 battery was born. (In 1996, by the University of Texas, to be exact). LiFePO4 is now known as the safest, most stable, and most reliable lithium battery–period. 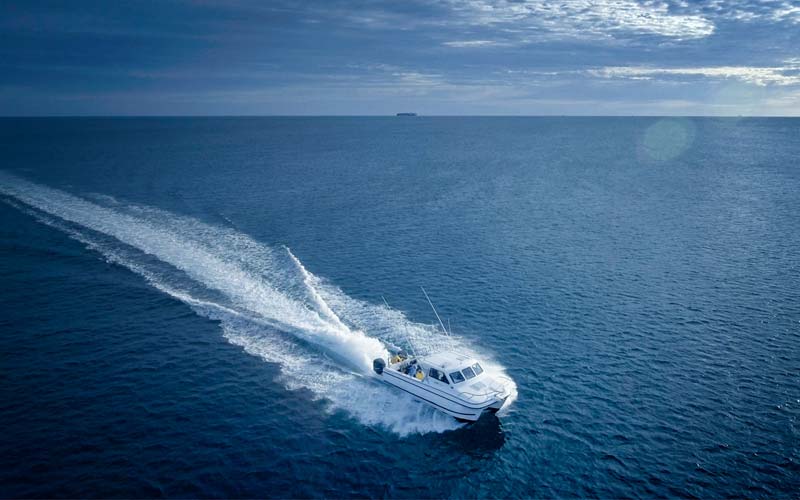 What makes LiFePO4 batteries better than other lithium batteries?

While the LiFePO4 battery isn’t the best for wearable devices like watches (thanks to a lower energy density compared to other lithium-ion batteries), it turns out to be the best by far for things like solar energy systems, RVs, golf carts, bass boats, electric motorcycles and similar applications. Why?

Well, for one, the cycle life of a LiFePO4 battery is over 4x that of other lithium ion batteries.

It’s also the safest lithium battery type on the market, safer than lithiom ion and other battery types.

And last but not least, LiFePO4 batteries can not only reach 3,000-5,000 cycles or more, they can reach 100% depth of discharge (DOD). Why does that matter? Because that means, with LiFePO4 (unlike other batteries) you don’t have to worry about over discharging your battery. Also, you can use it for a longer period of time as a result. In fact, you can use a quality LiFePO4 battery for many years beyond other battery types (it’s rated to last about 5,000 cycles – that’s 10 years or so), so the average cost over time is much better. That’s how LiFePO4 batteries stack up vs lithium ion.

Here’s why LiFePO4 batteries are better than not just lithium ion, but other battery types in general:

Lithium battery safety is important. The newsworthy “exploding” lithium-ion laptop batteries have made that clear.

LifePO4 batteries have the safest lithium chemistry. That’s because lithium iron phosphate has better thermal and structural stability. This means it’s incombustible and can withstand high temperatures without decomposing. It’s not prone to thermal runaway, and will keep cool at room temperature.

If you subject a LiFePO4 battery to harsh temperatures or hazardous events (like short circuiting or a crash) it won’t start a fire or explode. For those who use deep cycle LiFePO4 batteries every day in an RV, bass boat, scooter, or liftgate, this fact is comforting.

LiFePO4 batteries are already a boon to our planet because they’re rechargeable. But their eco-friendliness doesn’t stop there. Unlike lead acid and nickel oxide lithium batteries, they are non-toxic and won’t leak. You can recycle them as well. But you won’t need to do that often, since they last 5000 cycles. That means you can recharge them (at least) 5,000 times. In comparison, lead acid batteries last only 300-400 cycles.

You want a safe, non-toxic battery. But you also want a battery that’s going to perform well. These stats prove that LiFePO4 delivers all that and more:

Many factors weigh in to make LiFePO4 batteries better. Speaking of weighing–they are total lightweights. In fact, they’re almost 50% lighter than lithium manganese oxide batteries. They weigh up to 70% lighter than lead acid batteries.

When you use your LiFePO4 battery in a vehicle, this translates to less gas usage, and more maneuverability. They are also compact, freeing up space on your scooter, boat, RV, or industrial application.

When it comes to LiFePO4 vs lithium ion, LiFePO4 is the clear winner. But how do LiFePO4 batteries compare to other rechargeable batteries on the market today?

Lead acid batteries may be a bargain at first, but they’ll end up costing you more in the long run. That’s because they need constant maintenance, and you must replace them more often. A LiFePO4 battery will last 2-4x longer, with zero upkeep needed.

Like LiFePO4 batteries, gel batteries don’t need frequent recharging. They also won’t lose charge while stored. Where do gel and LiFePO4 differ? A big factor is the charging process. Gel batteries charge at a snail’s pace. Also, you must disconnect them when 100% charged to avoid ruining them.

AGM batteries will do plenty of damage to your wallet, and are at high risk for becoming damaged themselves if you drain them past 50% capacity. Maintaining them can be difficult as well. LiFePO4 Ionic lithium batteries can be discharged completely with no risk of damage.

A LiFePO4 Battery for Every Application

LiFePO4 technology has proven beneficial for a wide variety of applications, including the following:

LiFePO4 batteries are ideal for everyday use, backup power, and more! They also have incredible advantages for RVs and travel trailers. Learn more here.

Learn about the different types of lithium batteries and how they’re used here:

Is LiFePO4 the same as lithium ion?

Not at all! The LiFePO4 battery has a cycle life of over 4x that of lithium ion polymer batteries.

Is LiFePO4 better than lithium ion?

The LiFePO4 battery has the edge over lithium ion, both in terms of cycle life (it lasts 4-5x longer), and safety. This is a key advantage because lithium ion batteries can overheat and even catch fire, while LiFePO4 does not.

Why is LiFePO4 so expensive?

Is LiFePO4 a lipo?

No. Lifepo4 has a number of distinct advantages over Lipo, and while both are lithium chemistries, they are not the same.